The store was among the first buildings in the Park, built in 1928 for Dell Ellison. Dell was an early Waterton entrepreneur who opened the store as Waterton Motors. The store was originally designed as a full service drive thru mechanic shop.

It sold to Pat Carnell Jr in May 1953, he then changed the name to Waterton Service Station and began featuring Texaco products.

In 1968 Mr Carnell sold to Butch Sloan who added a towing service to the business. Butch also brought the first rental business to life in the park with the introduction of pedal bikes and the famous Surrey.

Pat Seery (and Sue) bought the store in 1986 and changed the name to Pat’s Texaco Station – until Texaco was bought out by Imperial Oil, then the name was changed to its current title Pat’s Waterton. At one point during Pat and Sue’s ownership, the store featured an arcade, with a separate entrance for fun and games. In 1993 they converted the entire store front to retail- as it remains today, with the shop portion closed off from the rest of the store but still offering the same shop services.

In 2013, as Pat and Sue were ready to retire we (Jord and Ty) bought the store. Waterton as a Park and community holds sentimental value to our family. We have every intention of maintaining the charm and dependability established in the years before us.

Our humble little corner store is the cornerstone of Waterton Lakes National Park.

For your every need: from a fresh cup of hot coffee, to camping supplies, fuel or bike rentals.

We are here to help make your visit to our breathtaking mountain town the best it can be.
From hot coffee and fresh popcorn to our famous surrey bikes and fishing tackle to gas and propane.

If you need it - chances are, we have it!

Feel free to stop by the store to ask any questions about the park,
if we don't know the answer we'll find out for you.

While online, feel free to browse our rental prices, see our bike lineup and get to know us a little better!
We'd love to hear from you - leave us a comment, send us a photo or share your experience with us! 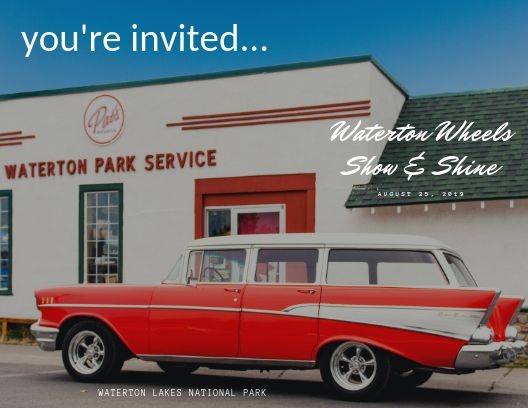